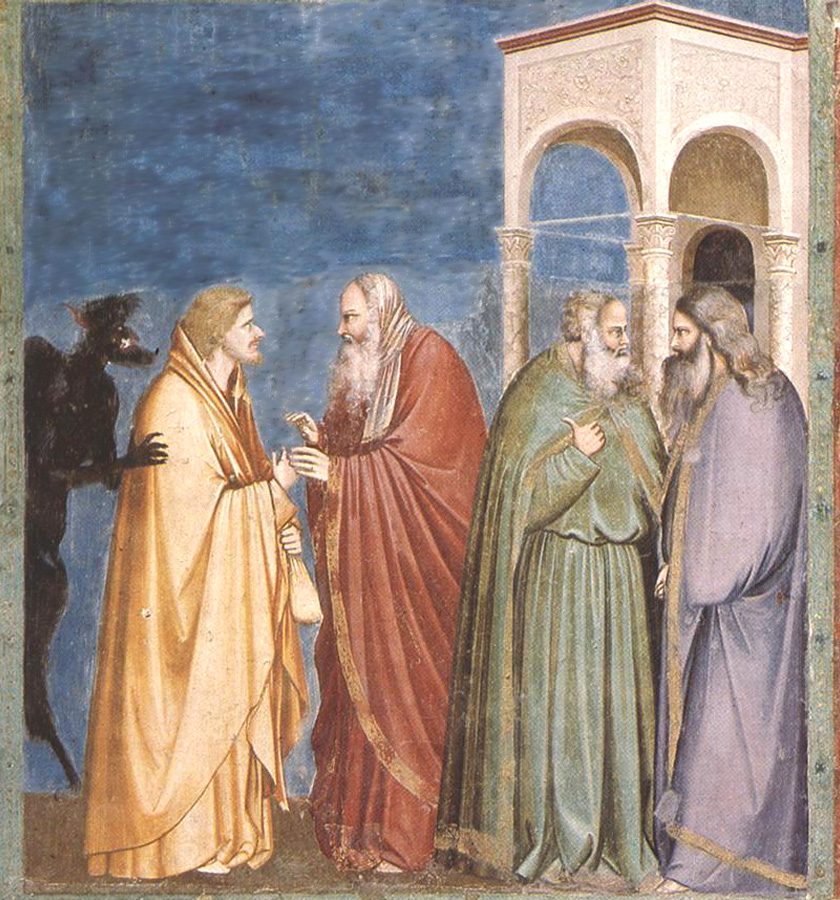 A mural of Judas receiving payment for his betrayal.

On March 9-10, the SCC Film and Theatre department performed “The Last Days of Judas.”

SCC Theatre students adapt and overcome tight scheduling and challenging roles to achieve their performance and resonate the true message of “The Last Days of Judas Iscariot.”

The cast and crew of “Last Days of Judas” were optimistic but were in for a challenge when they were tasked with this production. The SCC Theatre department was faced with only four weeks to prepare a play. More than half the cast members had recently competed in The Kennedy Center American College Theater Festival in Mesa, Arizona during Feb 13-17. This took time from the first week that was set to produce “The Last Days of Judas.”

Maddie Natoli, the stage manager for production of “Last Days of Judas,” explained that scheduling rehearsal time was difficult.

“When we first started rehearsals, we didn’t schedule as many scenes as we should have to rehearse right away because we really wanted to get in depth with these characters and in depth with these scenes,” Natoli said. “We had to step back and re assess, we realized we didn’t have time to do as much “digging” as we wanted to do. So, we saved one day for ‘digging’, and then reassess from there.”

Erika Garcia, who portrayed Satan in “Last Days of Judas,” explains the complex nature of the play’s content.

“This is one of those things where we are tackling questions that everybody asks and for some reason never gets answered, and the playwright doesn’t answer it in the show either so its kind of left to the audience’s interpretation.” Garcia said. “It’s very exhausting.”

Johnson stresses how he fit into the difficult role as Saint Monica portrayed as a drag queen.

“It was really tough to get into it, everybody’s got to do it at least once in their career,” Johnson said. “The most difficult part of the character was the shoes.”

Michael Zimmerman , an audience attendee, gave his thoughts on the performance.

“You never know what’s right and wrong, it can become such a controversial thing, (the play) it is done in such a comical yet moving and modern way,” Zimmerman said.

Another member from the audience, Rachel Lord, was impressed by the entire performance.

“It was a very thought provoking play that put things into a very different perspective…I really loved the chemistry of the actors,” Lord said.