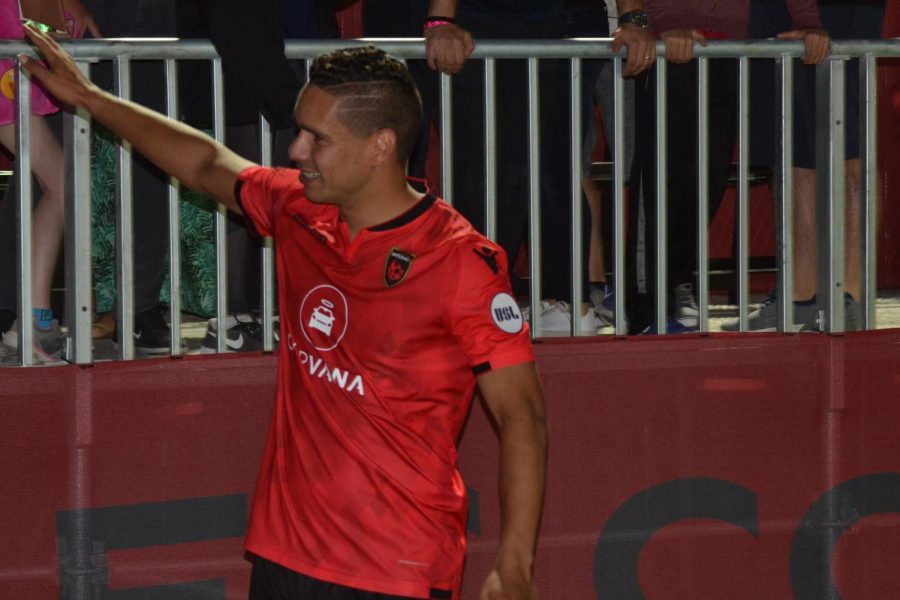 Hat-trick hero, Chris Cortez interacting with the fans after his outstanding display.

Phoenix Rising opened their home schedule with a 4-1 victory over OKC Energy at the club’s soccer complex in Tempe on March 24.

Moments later, defender Christian Ibeagha had a chance in the six-yard area to equalize for OKC Energy from a free kick after an exquisite cross into the box by Mike da Fonte, however, his effort was wide of the target.

With the crowd fully behind the home team, Striker, Chris Cortez was eventually rewarded with his first goal of the night, after a headed assist by Kevon Lambert, giving the home side a 2-0 lead heading into half-time.

The second-half began with a flying start, with OKC Energy forward, Ema Twumasi posing a threat to Phoenix Rising goalkeeper, Carl Woszczynski, and his resilient defense.

OKC Energy would later rue those missed chances when Chris Cortez scored the home team’s third goal of the night, his second of the game following an assist by midfielder, Collin Fernandez.

To seal off Phoenix Rising’s night, Chris Cortez scored his third goal; his first professional hat-trick to lead the home team to a comprehensive 4-1 victory in referee’s stoppage time.

“Offensively, we were too powerful today. I really have the feeling that this season we need to pass a lot and play to score goals,” Carteron said. “Maybe we will concede more goals, but I want us to be more spectacular. I want us to play an offensive and positive football.”

Hat-trick hero, Chris Cortez gave credit to the fans, his teammates, and coach for his contribution on the night.

“For me, the biggest thing is sending the message and being able to get the four goals at home and provide entertainment and show our fans what they can expect throughout the season,” Cortez said.

After two games, Phoenix Rising is currently sitting in the third place of the Western Conference standings of the United Soccer League (USL) with four points.