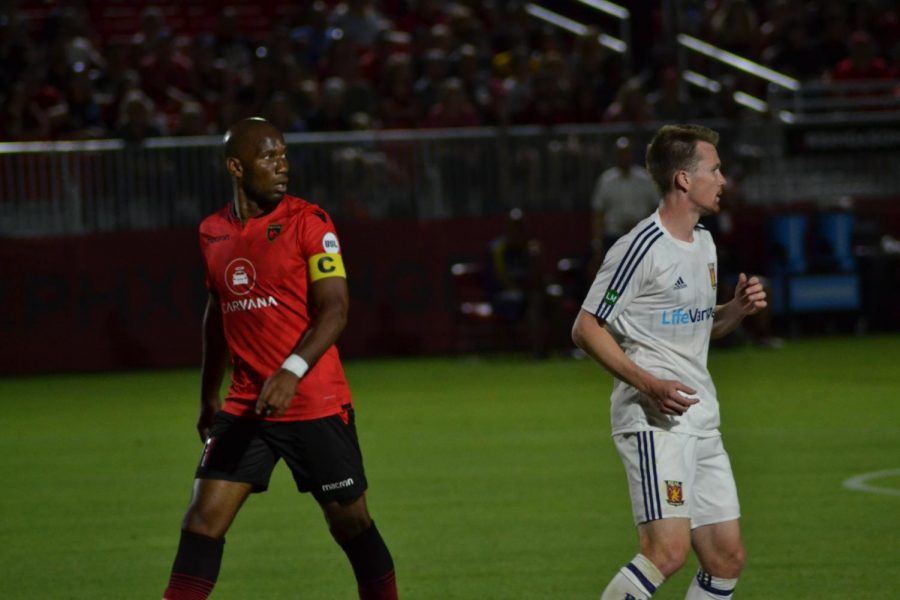 Playing in front of a sellout crowd of 6,531 spectators, the match began with high intensity; with both teams showing intent to find an early opening goal.

The first chance of the game for Phoenix Rising fell for Solomon Asante; however, the Ghanaian’s attempt to put the home team ahead,  failed with Real Monarch defense blocking his strike in the second minute of the game.

With just 26 minutes played in the first-half, Jason Johnson’s headed attempt was parried away by Real Monarch goalkeeper, Connor Sparrow to keep the scoreline at 0-0.

Real Monarch had their own opportunities to score find an opener. A Sebastian Velasquez header was saved Phoenix Rising goalkeeper, Carl Woszczynski following a corner kick.

With half-time approaching, Gladson Awako’s long strike shot hit the post with 33 minutes played. A few minutes later, Asante forced Sparrow to make a save with yet another strike, but the Real Monarch goalkeeper stood firm, parrying the home team’s effort over the crossbar for a corner kick.

According to Phoenix Rising Coach, Patrice Carteron the inability to convert created chances let them down.

“We should have at least scored one or two goals. We did everything for this [game]. We did play very well, we created many chances but there are nights like this, and you must accept that you are not scoring,” Carteron said. “Never in a game had we created so opportunities, not even against OKC Energy. We must keep on creating chances and I am sure that we will win many games.”

Phoenix Rising midfielder, Gladson Awako said they came into the match aware it was going to be tough.

After playing four games, Phoenix Rising is currently sitting in the sixth place in the 2018 USL Western Conference Standings and their next game is away to LA Galaxy II at the StubHub Center Track and Field Stadium on April 11.