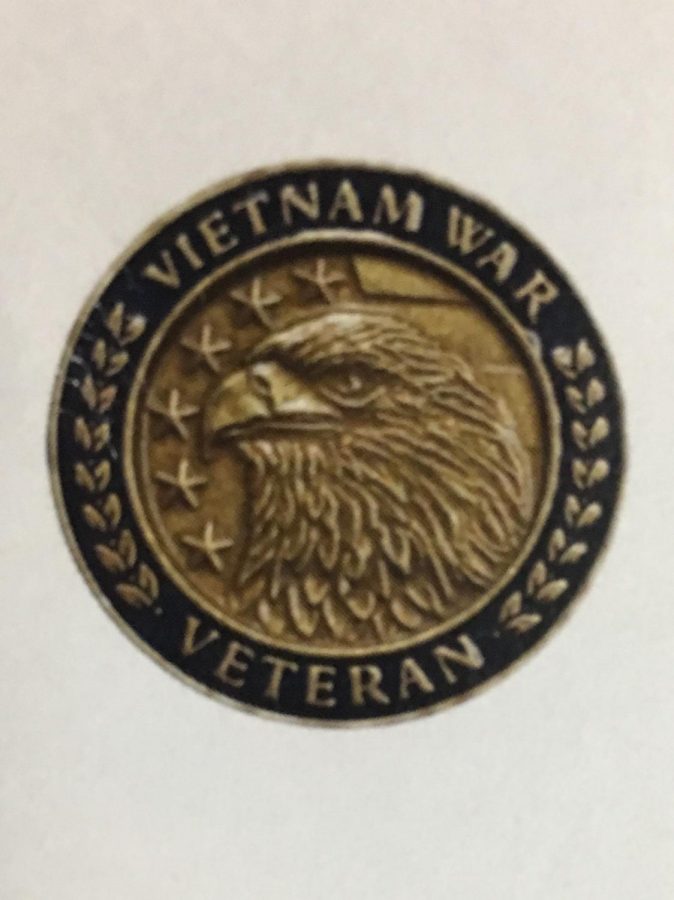 The commemoration pin that was given out to the veterans

On March 30 the Phoenix Veteran Affairs Medical Center held a 45 minute Vietnam War Commemoration dedicated to the men and women that served in the military during the Vietnam War.

, began the commemoration by welcoming the audience and introducing the veterans that would be speaking.

“Fifty years have passed since my coming home, since then our country’s attitudes and perspectives about it’s warriors has changed pretty dramatically for the positive in many respects, but a vast gap still remains between American citizens, politicians, and those who served…you, we need to tell their story,” Lucier said.

Mary Hart, a Vietnam Veteran Nurse, Retired Phoenix VA nurse and author served in Vietnam. She shared some of her experiences while serving in a U.S. Army Trauma unit in Vietnam.

After Lucier gave his remarks, Vietnam veterans stood to receive a commemorative pin. The pin was decorated with symbols that represented the honor and courage in serving our nation.

In an interview with Dorfner, she gave a better insight into the past two commemorations.

“We had a 50th anniversary commemoration two years ago, then this was the 50th anniversary of the Tet Offensive,” Dorfner said. “Last year we didn’t get the word out as well, and there were probably about thirty people here. So, we weren’t quite sure if we would have one this year, after we got access to our veteran’s through email, we were able to get the word out.”

Despite not knowing how many would attend, Dorfner was pleased to see a large attendance.

“I’m really happy with the turnout, I’m a little bummed we didn’t have enough chairs.”