SCC Veteran’s Club reaches out to give a helping hand 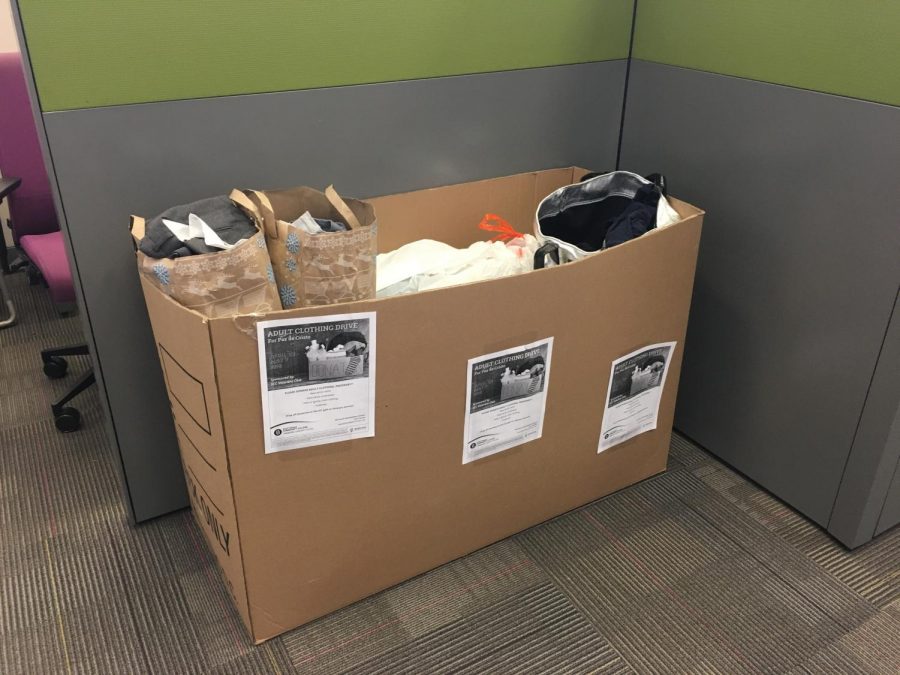 The clothing donation box at the Veteren's Club here at SCC

The Scottsdale Community College Veteran’s Club has recently reformed during the 2018 Spring semester.

There were many new military veteran members attending as new projects have begun and will hopefully continue into the Fall semester.

The Veteran’s Club have a general purpose that is to serve its veteran members by providing support and different types of social activities.

Sitting down with Tina Carroll, Coordinator of Veteran Services at Scottsdale Community College, she spoke about the Veteran’s Club and the purpose of the group.

“It’s what the participants want to make of it, a common mission is engaging veteran students to help them be more successful while attending school,” Carroll said.

The club’s success relies on the work and ideas of the participants.

“The club is what our students make it, this semester we have some really engaging students, fortunately, a few still be attending here in the Fall,” Carroll said. “So, I’m hopeful that we will have that engaging piece and be able to continue the club with making a difference.”

Some successful past projects include collecting daily hygiene necessities such as dental care supplies, underwear, socks, hygiene wipes and soaps. These supplies were then donated to homeless veterans throughout the area.

Speaking with Sam Palmer, the club’s president, he talked about the club’s current state.

“So right now, we want to focus on getting ourselves on the map and getting a couple events out there,” Palmer said.

“We are collecting and donating clothes for the Paz De Cristo, which is a mission for the homeless that see almost 7000 people per-month,” Plamer said. “That’s going well right now, our donation box is already full.”

The club’s title does mean the club exclude non-military students.

“The Veteran’s club is not exclusive to military veteran’s only,” Carroll said. “It’s open to everyone. For veterans, military dependents, and people that support the military. The biggest thing is trying to bridge that connection between veteran’s and civilians.”