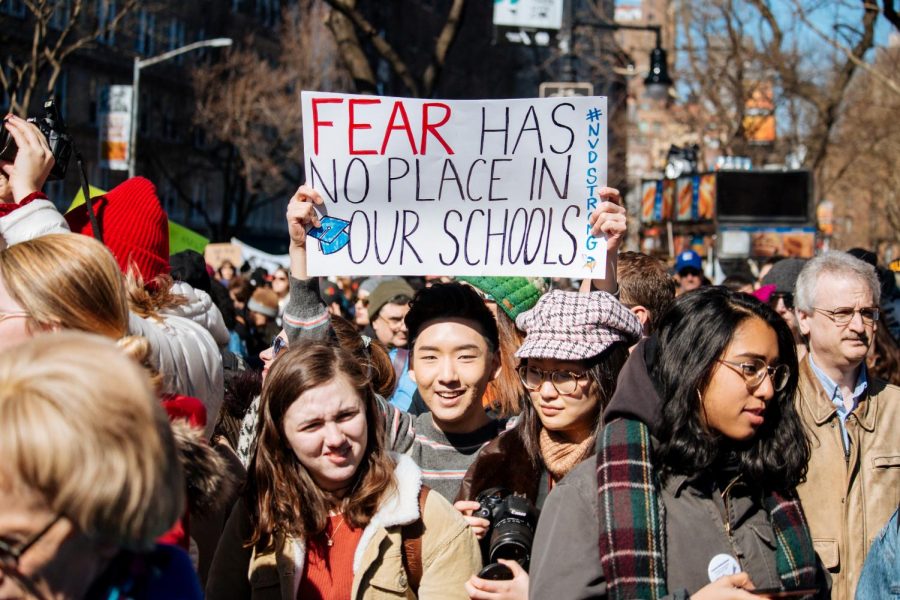 As we approach the midterm elections in November and just outside of four months from the Parkland shootings that occurred in February, politicians on both sides of the political divide hold very different outlooks on what needs to be done to prevent another attack on a U.S. school.

There is heated debate among citizens and it shows as more young people participate in ‘walk-outs’ as a form of protest.

The survivors of Marjory Stoneman Douglas High School, for example, have made an impact and are determined to keep at until there are tangible solutions.

Because of student activism, politicians like Marco Rubio (R-FL), have been put on the spot for receiving large donations from the National Rifle Association. Senator Rubio stated his thoughts on what he feels is appropriate in a recent CNN interview.

“I believe that in this country if you are 18 years of age you should not be able to buy a rifle and I will support a law that takes that right away. “ Rubio said.

Rubio has also reconsidered limiting the purchase of magazine-type weapons.

A new bill has been introduced to legislators in a few states like Connecticut, Washington, Oregon, Indiana, California and just recently Rhode Island.

Essentially, a person or law enforcement officer can ask for a firearm restraining order against a close family member or friend or an individual if one is afraid they may hurt themselves, or another person with a gun.

The California Courts government website states that the restraining order if it is temporary, will last until the court hearing (about 21 days), and if at the court hearing the judge grants the request it will then last one year.

This order can be renewed for additional one-year periods.

While many see the passage of this measure in California as largely successful it is being met with heavy opposition,

It is reported that because Florida does not have a “red flag” law, law enforcement couldn’t legally seize weapons based on reports.

Supporters of H.R. 2598 bill purport that based on the numerous counts of mass shootings in the last six months this bill will be a “light” approach to control.

“We are once again reminded that we have a responsibility to act in Congress to change things. We owe these families more than just our thoughts and prayers,” House lead sponsor California Representative Salud Carbajal (D-CA24) said in a press release.

Most Democrats support this bill and are awaiting the votes from the House and Senate.

The opposition views the bill as the removal of due process rights and in doing so violates the Second Amendment.

“The accused will not be afforded the chance to appear in court to defend themselves against allegations when the ERPO is issued. These orders may be issued without any allegations of criminal behaviour,” according to the NRA Institute for Legislative Action.